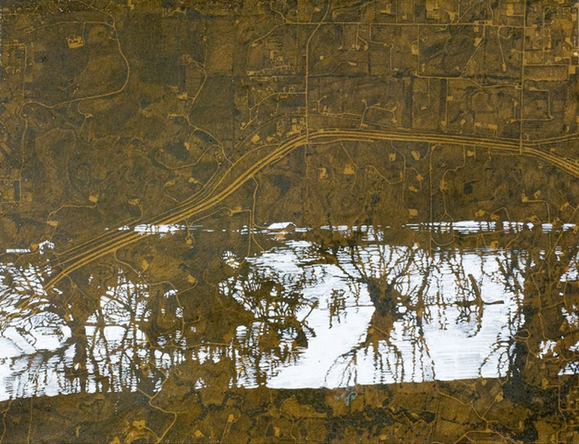 “There is a substantial amount of evidence documenting the side effects of hydraulic fracturing, the majority of which are related to water contamination.”

Creative juxtaposition, drawing a thread of continuity from counter-narratives of the past, to future imaginaries.
The work suggests new readings of the Bristol land- and water- scape, inviting viewers to revisit and re-imagine familiar places.
As weather patterns change and floods become more frequent, is it time to let go of foundational attitudes of control and learn to live with the river’s wilder side?

The British military are spread all over the world and play a huge role in international affairs. Through representations of foreign conflicts the British public are disconnected with military presence. Most MOD estates are situated in rural areas of scientific and environmental interest and have restricted access. If the world is a stage, Dartmoor is a rehearsal room.  I went to see the MOD during their live fire rehearsals, advertised on the MOD website. As a spectator and rambling tourist to the Dartmoor Performance Space,  I aimed to subvert the segregation between war and spectator, whilst exploring the psycogeography of restricted access.

"Assimilation (27 million) in real time 27,000 rice crispies are shown being counted into a bowl which completely overflows and eventually becomes obscured by thousands of rice crispies. 27 million references the victims of modern slavery."

The true cost of coal by Beehive Collective

In 2008, the Beehive allied with Appalachian grassroots organizers fighting mountaintop removal coal mining, a highly destructive practice that blasts ancient mountains into toxic moonscapes to fuel the ever-growing global demand for electricity. After more than two years of on-the-ground research, story-sharing, metaphor crafting, and meticulous drawing, including collaboration with hundreds of grassroots groups and folks from around the world, we released the True Cost of Coal graphics campaign in 2010.

This graphics campaign reflects the complexity of the struggles for land, livelihood, and self-determination playing out in Appalachia, and was made with the intention of honoring the tremendous history of organized resistance and the courage of communities living in the shadow of Big Coal.

The Appalachian mountains are where the most biodiverse temperate forests in the world are found, and this graphic is teeming with bio-regionally accurate plant and animal species that are both ecologically and culturally significant to Appalachia. A full cast of characters by their common names is available in the narrative.

This visually stunning graphic serves as a multi-tool for activists and other folks seeking real solutions to energy extraction and climate change. We are all impacted by coal, and we all play a part in the system that demands coal as fuel. Half the electricity in the U.S. today still comes from burning coal, the dirtiest energy source on the planet. Mountaintop removal is a human and ecological drama wreaking havoc on coalfield communities, folks downwind and downstream of coal-burning power plants, and all of us faced with catastrophic climate change. The True Cost of Coal graphics campaign is helping more people share stories, find their place in the big picture, and take action to build a just and ecologically sound future.

This theatre piece is a public space/site-specific parade, that travels through the Running of the Bulls’ Route in Pamplona. The Running of the Bulls, part of the famous San Fermin Festivities, ends with the bull fighting and the death of the animals. This piece parallels the murder of the bulls with the murder of Nagore Laffage Casasola during the San Fermin Festivities in 2008 by José Diego Yllanes. The relationship between site and Nagore’s story are interwoven, creating symmetries and metaphors - providing a new point of view to this historic route.  This piece addresses gender violence with the primary concept and intention being to give back Nagore’s voice and word - the voice José Diego Yllanes tried to silent.

Days before the performance was shown, the council forbade the event. People, social associations, opposition parties and some media from Pamplona were against this denial of the 5th anniversary of her death. After the social pressure and a meeting of the author with the major of the city, the piece was permitted, not after few changes. At the end, more people than expected, supported and join this performance thanks to the scandal created by Pamplona´s Council. This silent and respectful crowd promenade through the theatre piece as a procession or parade. Even when viewing didn’t allow watching properly all the actions, people stayed there supporting the performance and Nagore’s family, as well as showing their rejection against gender violence. The atmosphere created by those hundreds of people was the real experience of ritual and theatre. 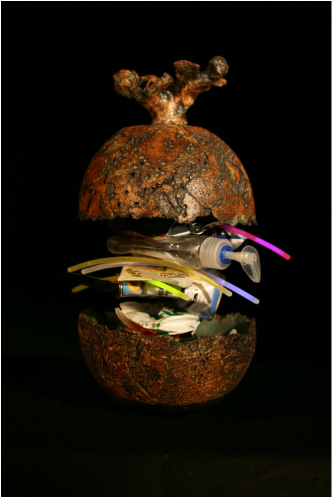 'I am beautiful!-your Globe’ represents the global ecology's issues. Our social and economic system stimulate us to become a consumer. As a result, we are facing uncontrollable landfill expansions every year.  Some countries found their way to deal with this problem – they are turning landfills into beautiful gardens.

This sculpture symbolizes our globe. It invites people to look at the Earth from the outside, as well to have a look at the inside. Dissected and outstretched Globe reveals the tension between the inner ugliness and disgust (rubbish) and outer beauty (ceramic surface and abstract angels aloft). This is the reality of 'our globe': we hide the rubbish deep down in the land and build on top of them. Secreting, screening, shrouding.

But… as the biggest part of this rubbish still will be there after hundreds or even thousands of years can we say that this fake beauty is a solution to the global pollution issues? 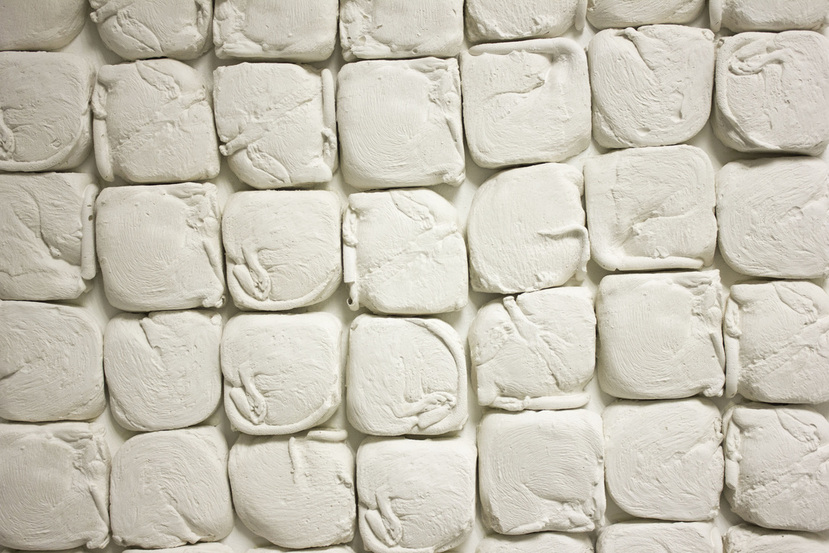 ‘Rats’ aims to explore the unrealized consequences of our need for economic efficiency.  The awe and envy that we place towards multi-national business is justified. They do what they do and they do it well, on a large scale. They might contribute to the ever more diminishing state of our planet but the majority of us do not purchase products based on environmental responsibility, we buy based on prices. The work explores what we are sacrificing due to our need to produce efficiently, and what we are gaining as well.

To produce the work I obtained dead rats, put them in a box and froze them to the shape of the box. Then I would remove them from the box and cast the shape they took. I would then make repeated plaster casts of the rats and build a structure out of the rat blocks. If you would like to see the process in pictures please click on this link. http://www.asiafuse.com/#!rats/cltc


Images and texts are original work by each artist. All the work submitted remain the property of the artist.
Powered by