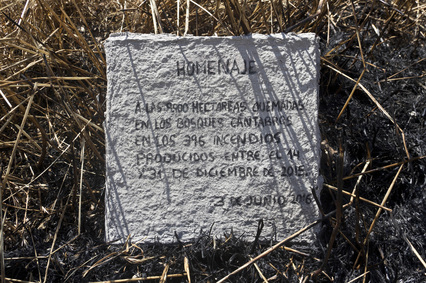 "Tribute" 2016
Public intervention
Ash and coal from burnt forest,
Recycled paper made of a newspaper with materials collected in December 2015
Translation
TRIBUTE
To 9,900 hectares
Burned in the Cantabrian forests in 395 forest fires between 14th and 31st December 2015
Seila Fernardez Arcanada 3rd June 2016
Made in response to FCF manifesto 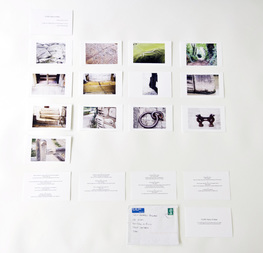 10,000 Years of Wear
For 10,000 years the UK has been lived-in and visited by many different people who have left their mark.
Images of the effects travellers have had on the land etc, from sunken lanes in the Cotswolds, to worn cathedral steps and medieval Inn gateways, to wear marks from ropes pulled by  horse-drawn canal boats.
Bernard Fairhurst July 2016
Made in response to ‘Displacement in time and / or space (A, B and C) 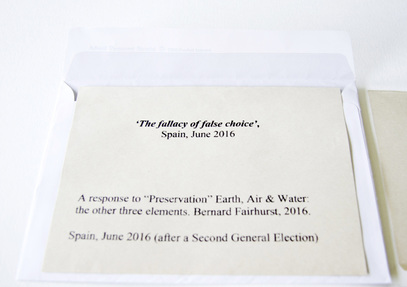 ‘The fallacy of false choice’

​A set of General Election voting papers reflecting the repeated Spanish General Election and the U.K. EU referendum, with choices between; one and many, square and oblong, odd and even, right and left etc
Seila Fernandez Arconada June 2016
Made in response to “Preservation” 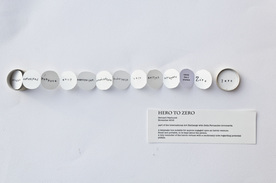 Hero to Zero
A keepsake box and small book, suitable for anyone engaged upon a heroic venture. Small and portable, to be kept about the person.
A tidy reminder of the heroic virtues with a cautionary note regarding potential pitfalls.
Bernard Fairhurst November 2016 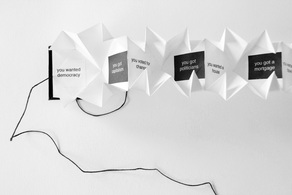 “It's not all black and white”
The myth of freedom of choice and the tyranny of responsibility.
An artist’s book presenting choices and their consequences:
You wanted democracy, to got capitalism: you vote for change, you got politicians: you wanted a house, you got a mortgage etc.
Bernard Fairhurst August 2016
Made in response to “ The fallacy of false choice” 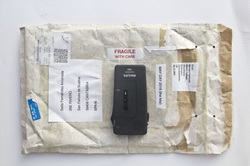 May Day 2016 (the key) (part two)
Analogue dictaphone, enabling the May Day 2016 sound recording to be reproduced.
Bernard Fairhurst 6th June 2016
Made in response to FCF manifesto. 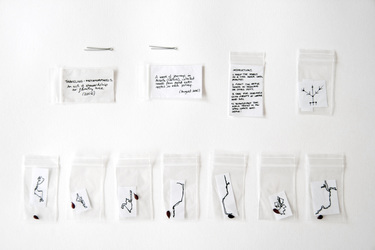 “Travelling- Metamorphosis”
an act of stewardship
Our family tree (2016)
A week of journeys in Aizpute (Latvia), collected seeds from found eaten apples in each journey.
With drawings of the GPS trace of the journey.
Together with a set of instructions to plant, tend and draw the seedlings.
Seila Fernandez Arconada September 2016 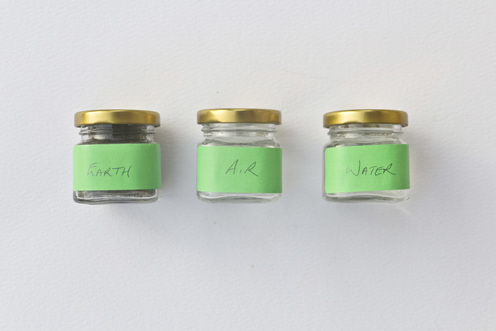 "Preservation"
Earth, Air & Water: the other three elements
UK, 23rd June 2016
A response to "Tribute" 2016
Four elements of western culture are Earth, Air, Fire and Water, believed to be essential for life.
Kilmer jars,: screw topped glass jars used for preserving
UK, 23rd June 2016,
The UK's referendum.
Preservation of Earth, Air and water from the day a national decision was made to separate the UK from the EU
Powered by